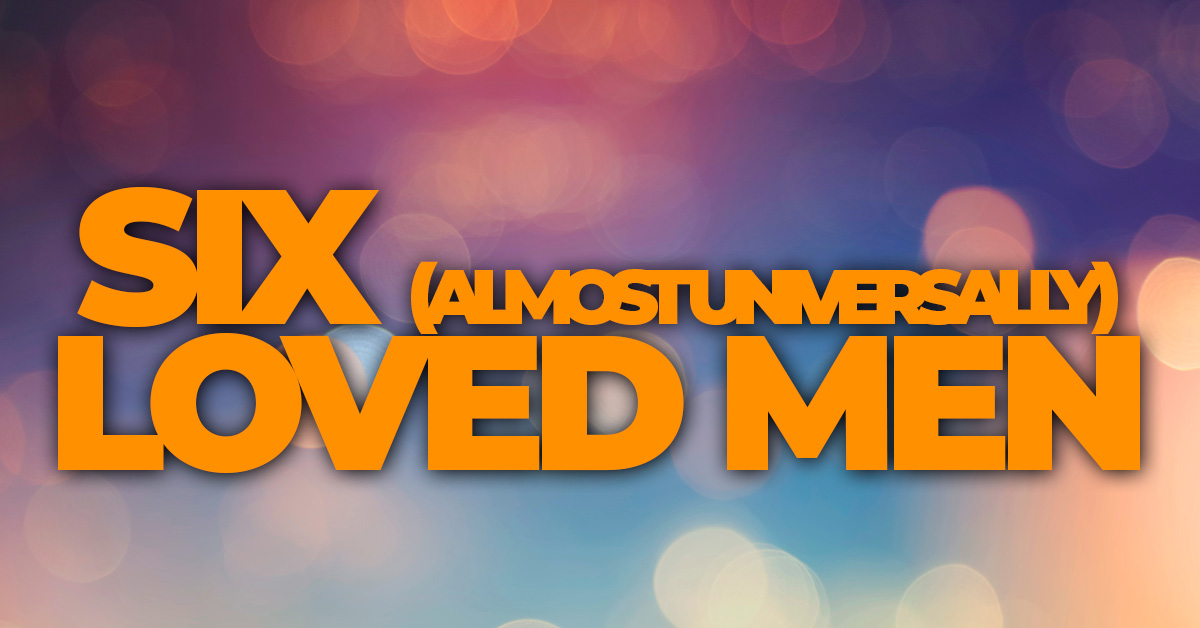 We recently posted a blog about universally loved women throughout history. Determining a similar list for men is not quite as easy. While, of course, the list is subjective, here are some men who have been appreciated by men and women of their time.

Hope was a legendary actor, comedian, and patriot who spent much of his career entertaining troops across the world from World War II through the Vietnam War. Hope was an avid golfer who used “Thanks for the Memories” as his theme song and poked fun at politicians both on the right and left. Hope and actor, comedian, and crooner Bing Crosby appeared in 17 feature-length movies together. Unlike Betty White, who made our female list, Bob Hope managed to reach his 100th birthday prior to his death in 2003.

Tom Hanks may be the most loved male actor of all-time, playing roles in movies that include Forrest Gump, Cast Away, Big, Philadelphia, The Green Mile, A League of Their Own, You’ve Got Mail, The Money Pit, and so many more. Hanks has artfully dodged getting caught up in controversy and has managed to keep his private life pretty much to himself. It’s hard to believe he got started with a TV show called Bosom Buddies with Peter Scolari.

“Mr. Rogers” was beloved by millions of children who watched him put on his sweater almost every day while being the host of Mister Rogers’ Neighborhood. The show targeted pre-schoolers from 1968 to 2001. A Presbyterian Minister, Fred Rogers, was the genuine, real deal. It is fitting that he was portrayed in his bio-pic by Tom Hanks.

Keanu may be the Ying to the Yang, that is Sandra Bullock. The two appeared in The Lake House, Speed, Speed II, and other projects, and both are universally loved. Even Reeves’ tough, leather trench coat wearing Nero in the Matrix has a certain appeal. Between the Matrix, John Wick, and Sandra Bullock, he has built quite a career.

While his acting skills may not have quite been A-list, he certainly left us some memorable characters from his career, starting with the innocently akward Mork from Ork in the Happy Days spinoff “Mork and Mindy”. Movies include ”The Dead Poet’s Society”, “The Fisher Kings”, “Good Morning Vietnam”, “Good Will Hunting”, “What Dreams May Come”, “Patch Adams” and “Mrs. Doubtfire”. He was self-depreciating, had a charming smile, and never took himself too seriously.

Bob Ross brought the love of painting to millions with his “happy little trees”, “happy little accidents”, and larger-than-life hairstyle. His “Joy of Painting” series ran on PBS from 1983 through 1994. His soft-spoken approach was far different from his 20-year military career where he served as a Master Sergeant. Ross always saw the value in painting as the process itself, not the finished product. Original Bob Ross paintings can be found for less than $10,000.

Did you know your independent auto, home, life, and business insurance agents aren’t restricted to offering just the products of one insurance company? They are free to shop a wide network of companies to find you the best value for your circumstances. Connect with us today for your free insurance review and price quote.