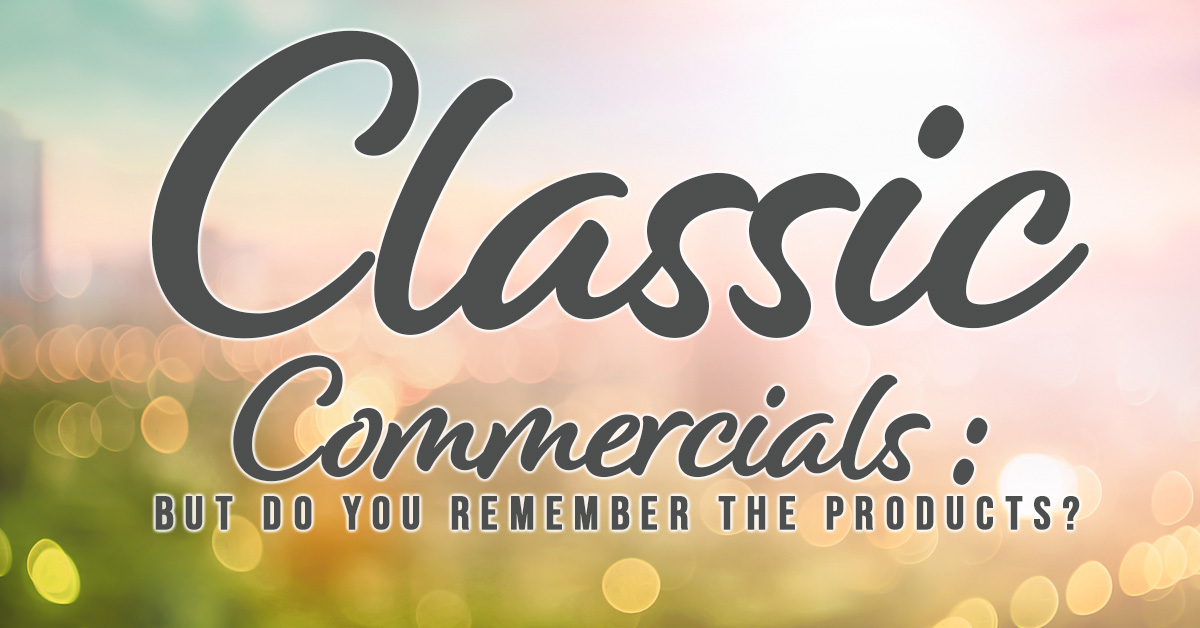 Every once in awhile, a regular television commercial rises above the noise and carves out a place in advertising history. Here are a few.

This product was represented by a simple cartoon character by the name of Speedy . Its most famous commercial featured a jingle that touted the benefits of the product, explaining, “Pop, pop, fizz, fizz…oh what a relief it is.” The product was, of course, Alka Selyzer, which is still produced to this day.

It was hard to go anywhere in 1984 without hearing someone shout out the phrase “Where’s the beef?” The ads starred crusty Clara Peller and became such a part of the culture that she was given a small part in the 1985 movie “Moving Violations.” Clara was, of course, touting the virtues of “Wendy’s” hamburgers.

In 1999 and for several years after, guys found themselves greeting each other with the saying “whassup?” The phrase was generated by a company that also gave us talking frogs and beer bottles playing football. Known for its famous Clydesdale commercials, Budweiser also gave us the infamous “whassup.”

One of the cutest commercials of the last few holidays is the “I love it!” spots starring a cute young couple exchanging gifts. He invites her outside, where two vehicles are parked. She quickly chooses the vehicle he had intended for himself, ending the discussion with “I love it!”. Do you remember the brand, however? It was a GMC.

Commercials can help make a brand name memorable, but there should be more to a product than a clever slogan. Our independent agents work with a network of companies, some with brand names you’ll recognize and some that may be unfamiliar to you. You can rest assured that each is reputable and well-respected in the industry. You likely want solid protection you can count on. We can help. Contact one of our independent insurance agents for a price quote on your auto, home, life, or business insurance today.