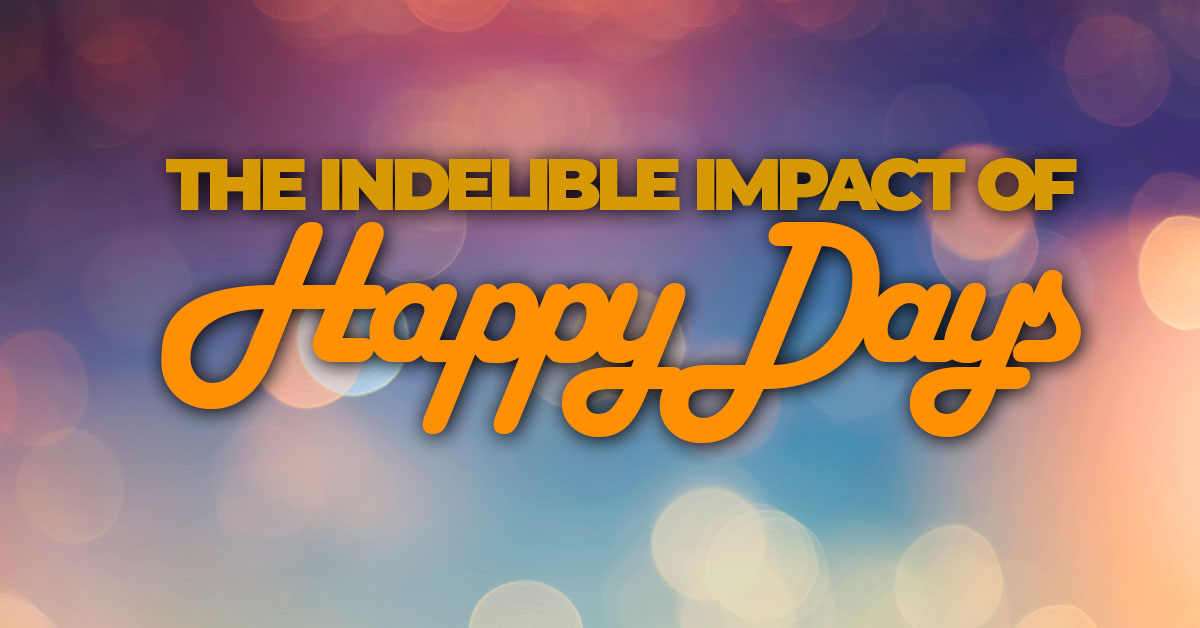 Starting in 1974 and lasting for 11 seasons, Happy Days was a hit TV series that made an indelible mark on America. It featured the All-American Cunningham family of Milwaukee, with hardware store owner Howard, stay-at-home mom Marion, son Richie, and daughter Joanie. The show was set in the late fifties and early sixties and left behind some memorable moments, sequels, and characters.

The Return of Opie

Child actor Ronnie Howard, who played Opie on The Andy Griffith Show, made his return to TV, playing the role of Richie Cunningham. Richie was basically Opie as a teenager. Howard would go on to a remarkable directing career, giving us films such as Apollo 13, A Beautiful Mind, Cocoon, Splash, and about two dozen others.

Happy Days spawned three notable sequels and two forgettable ones. Laverne & Shirley starred characters Laverne DeFazio and Shirley Feeney, best friends who worked at Shotz Brewery. Penny Marshall, who played Laverne, would go on to have a successful career as a director/producer, giving us films like Jumpin’ Jack Flash, Big, A League of Their Own, and more. Happy Days also gave us the quirky “Mork and Mindy“ spinoff with Pam Dawber and a young Robin Williams. Other shows branching off Happy Days included “Joanie Loves Chachi” with Scott Baio. “Blanksy’s Beauties” and “Out of the Blue”.

Happy Days gave us one of the most memorable characters of the 1970s, Arthur Fonzarelli, better known as the leather jacket-wearing bad boy “The Fonz.” He had a way of fixing things with a snap of his fingers or a pound of his fist. His catchphrase was the simple but effective “Ayyyy”. He would go on to appear in movies like “Scream” and TV shows that included “The Practice” and “Arrested Development”.

The show is also credited with the idiom “jumping the shark.” It referred to one particularly far-reaching episode in which Fonzie jumps over a shark on water skis. It has since come to mean that something has gone too far and is beginning to lose popularity.

Tired of bingeing and streaming? You may want to go back and visit some old friends like Opie, the Fonz, Lenny and Squiggy, Laverne and Shirley, and others by watching a few episodes of Happy Days.

When was the last time you revisited your insurance program? We can help with a no-cost, no-obligation review of your auto, home, life and even business insurance. Connect with us soon for a free quote.